Capracotta is a famous ski resort with a cross-country ski run that crosses the splendid scenery of Prato Gentile. A track was made for alpine skiing in 1997 that runs along the Monte Capraro ridge. The Garden of Apennine Flora will take you to the flora of the central-southern Apennines, an outing you can conveniently enjoy all year round! 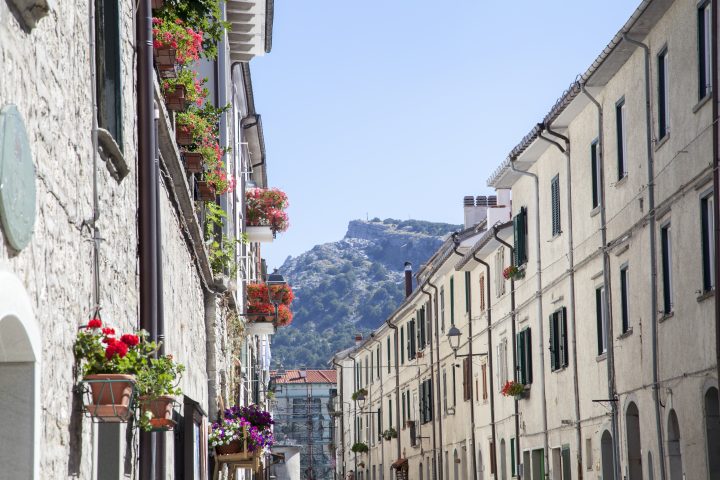 The origins of Capracotta are still to be deciphered, but without doubt they are very ancient, given the presence of artifacts dating from the Iron Age that have been discovered in its territory. A bronze tablet with Oscan inscriptions was found In 1848 in the locality of Fonte del Romito – it is known as the Tavola Osca or Tavola di Agnone. The history becomes clearer in the period of Norman domination. It was a fiefdom of Borrello and later of the Della Posta, Carafa, d’Evoli, and De Riso. Some changes have been made over the centuries, but the ancient structure of the Baronial Palace of the Gualtieri-Budone lords built in the 16th century is very beautiful. Of interest is the Church of Santa Maria in Cielo Assunta, which underwent major changes in the 18th century; you can admire the sculptural group of the Visitazione (Visitation), attributed to Giacomo Colombo, and a finely carved organ, the work of the master organ-makers of Poggio Sannita, known as the “Pricipalone”.

Capracotta boasts one of the oldest Italian Ski Clubs, founded in 1914, which has been awarded the CONI Gold Star and the FISI Golden Badge.
The Sanctuary of Santa Maria of Loreto stages a fascinating procession every three years that features harnessed horses; this is linked to transhumance and the local history of tradition and faith. You can’t leave the Municipality without tasting “la pezzata” (a dish based on mutton), whose festival is held on the first Sunday in August; also not to be missed is the excellent pecorino cheese!

Not to be missed