The way of the Saints

A curious and mysterious route where faith, popular tradition and superstition coincide.

The last saint to come to Agnone was John Paul II – it was 19 March 1995 and it is all amply documented and photographed in a little museum. However there are no written documents on the arrival of two other saints, but instead a persistent oral tradition, not to mention traces carved in stone that tell us about the importance of their presence in about the middle of the 1400s. They had come here to preach against corruption and against the customs of the time, but above all to quell the spirits of two opposing factions that argued continuouly among themselves, making it impossible to live peacefully in the town. The names of these two “cornerstones” of the faith are: San Bernardino of Siena and San Giovanni of Capestrano. Among the symbols of San Bernardino of Siena we find the “trigram” (San Bernardino of Siena is the saint who protects graphic artists and advertisers). This is a symbol that, with profound psychological insight, was invented to remember Jesus. The vivid colors with which he is painted (blue and gold) were well imprinted in the eyes and in the hearts of everyone who saw him; it was placed in all premises, private and public. Carved into the stone, it was substituted for the emblems and coats of arms of the various families and corporations who often fought with each other. Thus in Agnone the symbols of San Bernardino of Siena were carved on the keystones of some of the gates of important buildings and walls, set into the facades of these buildings instead of a coat of arms. San Giovanni of Capestrano worked some miracles, for example making an invasion of rats disappear from the town. It was according to his wishes, as confirmed by Masciotta and affirmed by Friar Arcangelo of Montesarchio, that the Church of Santa Croce was erected in 1446 to commemorate the peace reached between two warring factions. Here a brotherhood took over that took care of funeral honors for those people of little means. Along this route a special place has been included where a saint, San Francesco Caracciolo, patron saint of cooks, decided to breathe his last breath. This was in 1608. But the last breath of a saint also signifies the new, otherworldly life that opens up, and this is what is considered to be the “dies natalis”, “the day of birth” in Christianity. In the monastery where all this happened there is an exhibition of photographs to accompany you on a path of faith and special sensations, in memory of a great man of faith who was born near Villa Santa Maria, founder of the Order of Minor Clerics. With these three saints you will follow a curious and mysterious route in which faith, popular tradition and superstition often intersect, also in the different churches in the town.

The body of San Francesco Caracciolo was taken to Naples where it rests in the Church of Santa Maria of Monteverginella. However the heart of the saint, according to tradition, was preserved in an alabaster vase and hidden in the walls of the Church of SS. Annunziata of Agnone. The legend says that on 4 June (the day of his death) you can hear his heart beating.

Times needed for visiting or travelling along the routes will vary according to any visits to churches taken along the way, from one to three hours.
Clothing suitable for the season is advised, along with walking shoes. 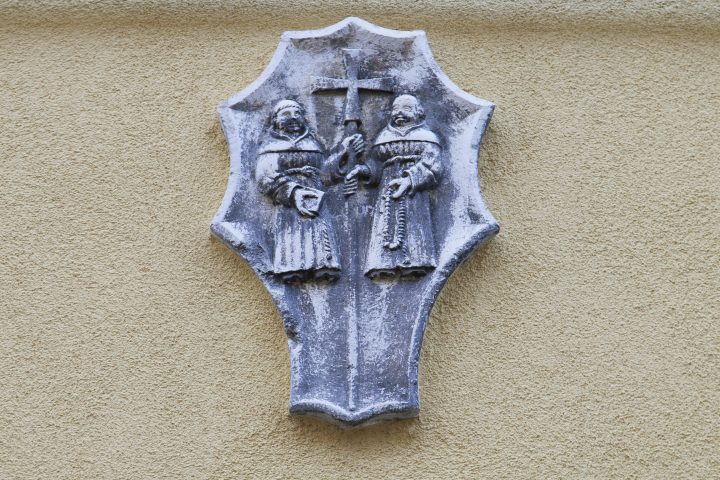 The ancient tradition of cheese

Places of sport and nature

The ideal way to experience the Alto Molise

The craftsmanship at Agnone

A path between art and religion

A walk in the historic center

Sport in Pescopennataro (climbing and trekking)

A town with imposing limestone walls where it is possible to practice the sport of climbing.

Discovering the nature walks and skiing in Capracotta

The Tratturi represent the great "green highways" of the past.